From a Sarasota native's perspective, Bangkok has been around for as long as I can remember and has steadfastly remained a favorite among other locals. This Thai restaurant is family-owned and fosters a community feel within the culturally authentic dining room as well as creating delicious traditional Thai entrees. Bangkok Restuarant is known for its curry, stir fry, noodles, and fried rice with sauces inspired by Burma, Laos, and China and cooking techniques influenced by India and Cambodia.

Located in Sarasota this Thai and Sushi restaurant is new to the scene, compared to Bangkok Restuarant, but their Thai entrees are phenomenal. NORI Sushi & Thai boasts the dining experience will leave customers convinced they traveled to a magical land. The restaurant features several Thai entrees including noodles such as Pad Thai, fried rice combinations including pineapple fried rice, as well as stir-fry and curry entrees.

Located in Bradenton, this authentic Thai restaurant is popular among locals. Thai Palace boasts they serve only the freshest ingredients and they're a classy eatery, offering familiar Thai entrees including noodles, fried rice, curries, soups, and dumplings. This Thai restaurant serves traditional entrees with the usual, delicious combination of sweet, salty, sour, and spicy flavors married within their cuisine. Thai Palace also offers a sizable vegetarian menu with several different curry entrees, among others.

This Thai restaurant is located in the heart of trendy downtown Sarasota and is the perfect dining destination for tourists or locals alike to enjoy the unique downtown atmosphere. Tropical Thai Restaurant has been in business for 20 years and has remained a popular dining spot in the area, as they have been nominated for Best Thai Restaurant in local newspapers and Sarasota Magazine over the years. The menu is extensive and authentic and features the classic Thai entrees including curries, noodles, and fried rice entrees.

Located in Bradenton, this Thai and Japanese restaurant offers an informal dining experience in a contemporary atmosphere. Thai Wasabi is a popular lunch or dinner destination among locals for its noodles and fried rice, especially the Pad Thai. Thai Wasabi also offers a wide variety of curries, including Panang Curry and Massaman Curry. The restaurant also offers tempura and teriyaki entrees as well as stir-fries. Thai Wasabi also has traditional green tea, coconut, and red bean ice cream to complete your dining experience.

Looking for other more restaurants in Sarasota, Bradenton, and all areas in between? Register today at 941area, it's free! 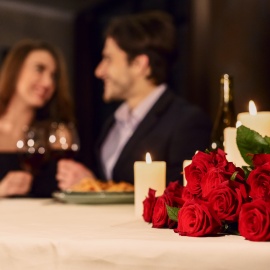 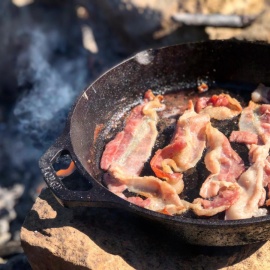 Bite Down On These Bacon Inspired Dishes In Sarasota 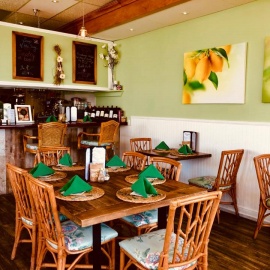 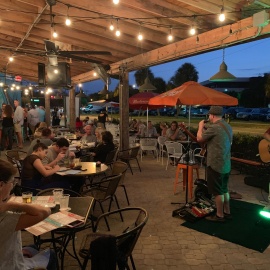 Tamiami Tap Serving Up Downtown Sarasota with Local Favorites - Check Them Out! 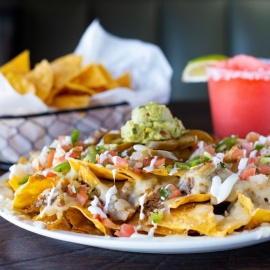