Are you a Bradenton & Sarasota guru? Be heard and share your experiences by becoming an 941area.com Contributor.Learn More!

Are you a local in the Bradenton & Sarasota area? Join your community and Get Connected with others in your area.Join FREE! 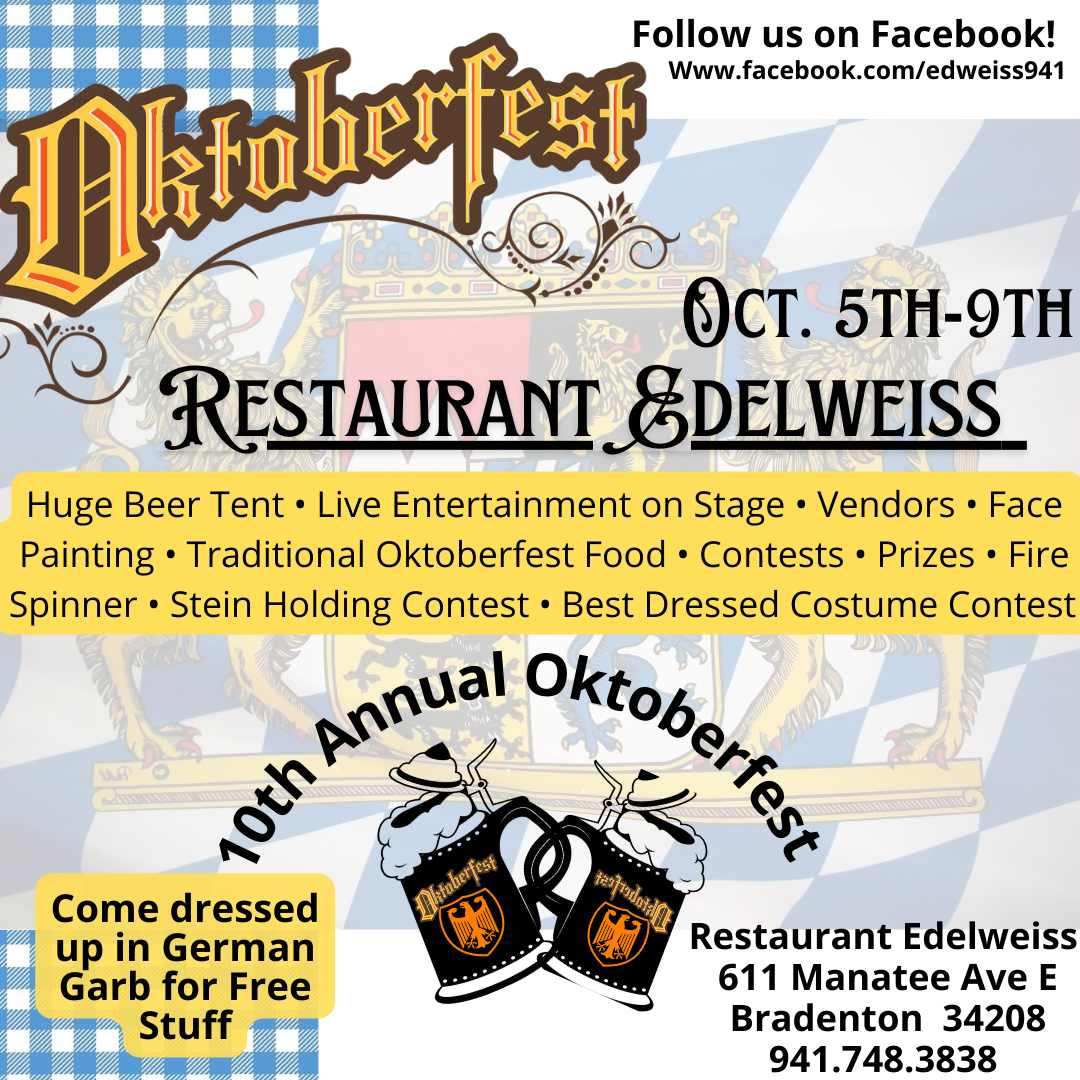 Get out that German Garb. It's almost  Oktoberfest Zeit! Oktoberfest is a beer festival tradition started in Munich Germany. Guests enjoy a "fest" like atmosphere while drinking Steins of Beer and schunkeling--swaying back and forth while sitting-- to the sounds of an oompah band. Traditional food such as schnitzel, sausage, and pork shanks are served to soak up the massive amounts of beer consumed.

Here in Bradenton, we have our very own authentic German Restaurant that has built its Oktoberfest up to be one of the biggest in the area.

Restaurant Edelweiss invites you to come to eat, drink schunkel, and yodel at their 10th annual Oktoberfest from October 5th to 9th.

There will be live German entertainment on stage under the huge open-air beer tent, German Schuhplattler Dancers, and even a fire-spinning light show. Contests like the best chicken dancer, stein holding, and best dressed are held every day and there are tons of cool prizes. Of course, there will also be plenty of traditional Oktoberfest food and beer.

At Oktoberfest in Germany, everyone comes dressed in traditional lederhosen (guys) and dirndls (girls). Chef Frank from Berlin Germany says "we just want to bring that feeling here to Bradenton, as if you've just stepped into a huge Beer Tent in Munich. The best-dressed contest is Fri and Sat at 6:30 pm and 1st place is a $100 gift certificate. Everyone that shows up in German garb gets free Oktoberfest goodies as well.

Restaurant Edelweiss is located at 611 Manatee Ave E in Bradenton. The event will be 5 days long starting Wednesday, Oct. 5th with a Keg Tapping Ceremony just as they do in Germany. The hours of the event are Wednesday to Friday 4pm to 8pm, Saturday 12pm to 8pm, and Sunday 12pm to 7pm. Credit cards are accepted, however outdoor sales such as the beer truck, outdoor grill, and certain vendors are cash only.

Follow them on Facebook for exclusive details and look out for the calendar of events to see what's happening each day and when. 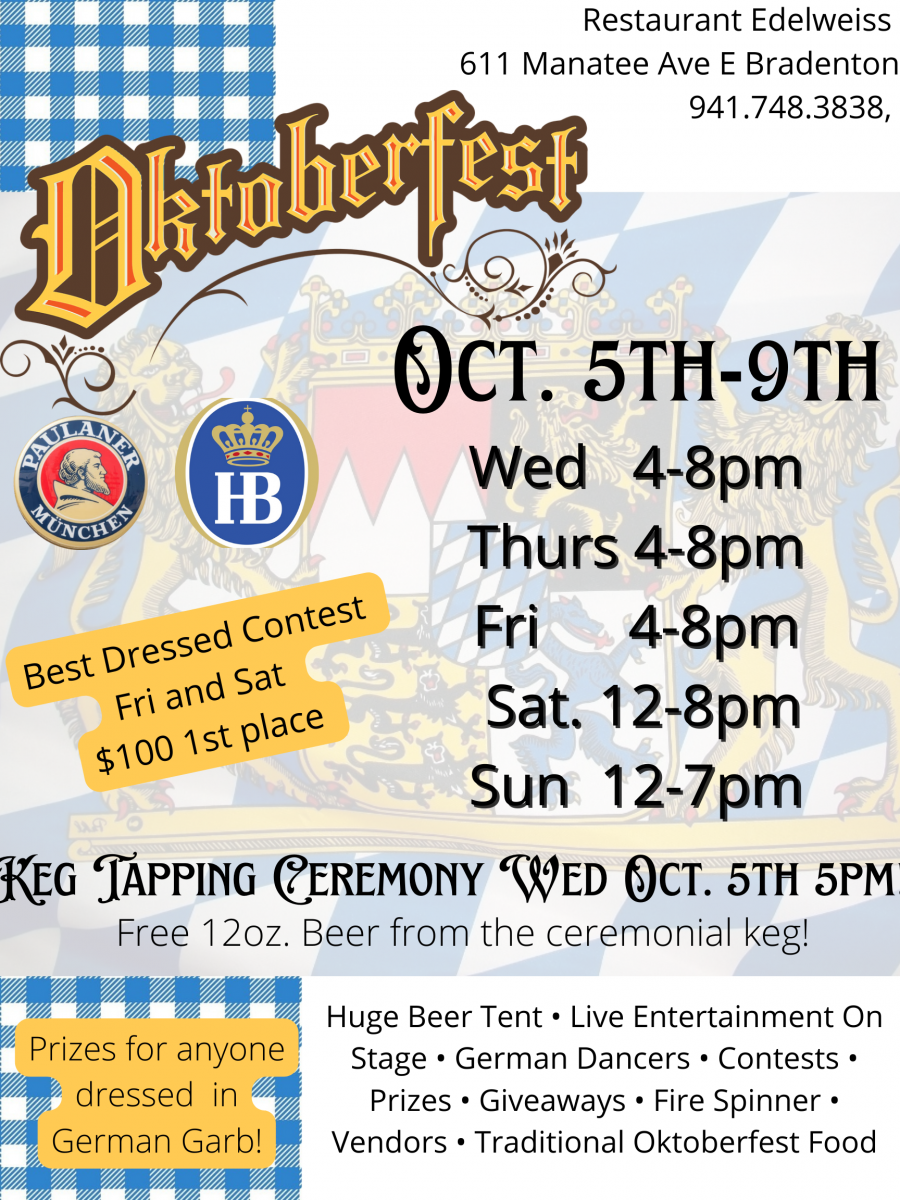 Enjoy the Most Delicious BBQ in Sarasota This Labor Day Weekend

Where to Get the Best Hot Fudge Sundae in Sarasota

Where to Find the Best Orange Chicken in Sarasota?