Where do you live? It's a simple question, really. But the answer which follows invariably lets one know about the person's standing in life and provides a window into who they are. Is it the beach? How about downtown or the suburbs? But if the answer comes back "on a golf course," that's something else entirely. Images of country clubs, manicured lawns and gated communities definitely spring to mind. We've put together a list of what we feel at MyArea Network are the area's super seven public and private golf course communities in Sarasota. They all offer great golf and so much more in terms of homes, amenities, and lifestyle. So now that we're on the first tee, it's time to tee it high and watch it fly with our Super Seven (in alphabetical order)!

How many communities have celebrity endorsements from Terry Bradshaw? Heritage Harbour does. And, with a golf course designed by noted architect Arthur Hills, residents and visitors have an incredible track to play on. One of the other cool things is the Short Stay Play Card for either 6 or 12 rounds that includes a free lunch draft beers and range balls on the day of play - something which is perfect for snowbirds. Meanwhile, residents can enjoy over 2500 acres of land and 200 acres of island on the Manatee River. In addition, there are plenty of activities around the 70 acre Central Park including sand volleyball courts plus an enclosed street hockey rink.

What's inside the gates of Lakewood National is already pretty impressive golfing in Sarasota. What's to come is even more so in the fast-growing portion of Lakewood Ranch in the State Road 70 corridor.  36 holes of golf designed by the king himself, Arnold Palmer.  And in February 2019 the Web.com Tour is playing the inaugural Suncoast Classic at Lakewood National. Residents can enjoy a new clubhouse, beach entry lagoon pool, a full-service spa, pickleball and bocce along with 150 miles of sidewalks and trails winding through portions of wetlands. Plus, a golf membership is included with the purchase of a home within the development.

That name Arthur Hills is popping up again. This time, it's the River Strand Golf and Country Club that's the beneficiary of the course architect's imagination. 27 holes of golf on the Estuary, Sanctuary and Tributary courses. Boasting the largest clubhouse on our public course list at 39,000 square feet, the list of amenities that belong to this club are equally as large. 9 tennis courts, 8 pickleball courts, 6 satellite pools sprinkled throughout the community, two resort style pools, two fitness centers and a resistance pool. The living arrangements are just as grand with nearly 1300 golf-deeded homes, all available for golf memberships, while the 571 non-golfer homes come with a social membership.

Located about 10 minutes west of Lakewood National off State Road 70, The River Club adds another strong golf community to the Lakewood Ranch scene. At over 7,000 yards from the tips, the Ron Garl design has a 4-star rating on Golf Digest's "Places to Play." The River Club Grille offers panoramic views of the course from the second story of the clubhouse. Meanwhile, homeowners have a wide variety of choices ranging from maintenance-free villas to estate-sized homes. As an added bonus, both Braden River Elementary and Middle School are conveniently located on site. And as a designated Golfing Community, golf carts can be used on all roads except for the main thoroughfare. It's one of the best golf communities to live in Sarasota.

WCI Communities are known for their attention to detail. Case in point, Sarasota National Golf Club. The challenge for players is to focus on the course while admiring that it's surrounded by part of an Audubon International Certified Sanctuary with wetlands and preserves. The brand-new Palm Club with its bar and lounge, library and coffee room is part of a 32,000 square foot resort-style, three-building clubhouse campus. The fitness center features spa rooms, while the resort pool has spa and beach entry and a poolside tiki bar. Away from the water, the residents of the coach, executive, manor and patio homes can enjoy an 8,000 square foot event lawn, bocce, pickleball, and separate dog park. It's one of the perfect golf courses in Sarasota with beautiful views.

Get ready for a laundry list of accolades and reasons to live and play here. University Park has been voted the number 1 course in Southwest Florida and rated 4 stars by Golf Digest since 1996. 27 holes, a Golf Academy and the presence of former LPGA player Sue Ertl as one of the teaching professionals adds to the mix. Pre-round, post-round or no round food and beverage wishes can be satisfied at The Park Grille & Cafe and their Sunday Mimosa Brunch Buffet has won the "Best Sunday Brunch" from Sarasota Magazine, the Sarasota Herald-Tribune and SRQ Magazine. And homebuyers have a variety of strong options as well. University Park was named the "Best Community Design in America" by the National Association of Homebuilders and "Best Development in Region" by the Tampa Bay Regional Planning Council.

"You Deserve the Best...You Deserve Waterlefe." That's the slogan of this community on the shores of the Manatee River and one would be hard-pressed to deny it. The golf course with 5 holes bordering the river has 8(!) sets of tees, has hosted a U.S. Open qualifier 6 times, named among the "Top 25 Golf Courses in Florida" by Golf Advisor and earned Trip Advisor's Certificate of Excellence award. The Waterlefe Marina Club maintains a 59-slip private marina directly on the Manatee River with access to the Gulf of Mexico. The River Club has panoramic views of the river from its screened-in terrace along with multiple gazebos. With condos, villas, single family and waterfront estate homes making up the nearly 620 homesites, Manatee County's "Best Residential Golf Community" in 2013 maintains its status years later.

The textbook definition of a one-stop shop. The question isn't "what do you have here?" It's "what don't you have here?" 54 holes of golf along with a golf academy and 20 tennis courts including a stadium court with grandstands. 12 brand new pickleball courts. Two clubhouses, both winners of the Golden Fork Award. A 4200 square foot ballroom. The weddings and banquet professionals won the 2018 WeddingWire Couples' Choice Award. The Wildwood Cellar Wine Room hosts dinners and tastings. A massive amount of fitness classes including Tai-Chi, Barre Pilates and Yoga as part of a 24-hour access facility. An 8-lane Junior Olympic Pool, a resort-style pool, kids activities, classes and lessons, massage therapy, etc. etc. You get the picture, right?

Every club needs a centerpiece and the enormous 45,000 square foot clubhouse at Laurel Oak Golf and Country Club fits the bill. Golfers will salivate at the opportunity to tee it up at two courses designed by World Golf Hall of Famer Gary Player and one of the world's top golf architects, Rees Jones. The 12 court tennis facility hosted the 2018 Sarasota Open and will do so again for the ATP Challenge Tour event in 2019. How about the F & B? Members can enjoy the best culinary dishes that Executive Chef Jeff Parson and his staff have to offer in not one, not two, but three dining rooms. And, don't be surprised to hear the sounds of the Wedding March on property - especially with four event rooms on site. It's a perfect Sarasota golf community!

There's golf course living at the Longboat Key Club. Then, there's golf course LIVING at the Longboat Key Club. Technically, it's more Gulf of Mexico as your backyard and being a member for some, such as the $26.5 million, 19,000 square foot mansion at the top of the price point, but we're just splitting hairs here. Condos and single family homes adorn the 45 holes of championship golf at the resort with the 291 slips at the full-service marina, the largest on the west coast of Florida. Oh, and by the way, if you happen to like tennis, then enjoy playing on one of the 20 Har-Tru courts at the 6th ranked tennis resort in the world, according to Tennis Resorts Online. This isn't how the other half lives. It's how the half of the half of the half lives.

It's a given that having a great golf course needs to be part of the package for a private community. Check that box at Plantation Golf & Country Club. Or make that two checks for the Bobcat and Panther tracks. The Bobcat is consistently ranked among Florida's Top 50 courses by Golfweek and in October 2017 hosted the 2nd Stage of the LPGA Qualifying School. Members also have access to 13 Har-Tru tennis courts, Pickleball, Bocce Ball courts and a library among other amenities. Out of all of the private courses on the list, the homes are the most affordable, with some condos/townhomes priced below $200,000 as of mid-December, 2018.

This begins with the backstory. The golf club was designed in honor of the 1969 Ryder Cup, where the great Jack Nicklaus conceded a putt to Tony Jacklin, ensuring the first tie in Ryder Cup history. The two men teamed up to design The Concession, which was named the "Best New Private Course" by Golf Digest in 2006. Inside the 33,000 square foot clubhouse, foodies can gorge themselves at The Bistro and enjoy the restaurant's outstanding wine list. And, for those golf buddy destination trips, or extra guests staying over for holidays and long weekend there's an 8-bedroom lodge as well as casitas available just steps away from the clubhouse. Homes in the gated community are spread across four enclaves with protected wetlands and lots up to an acre in size.

Those looking for privacy and serious golf can find it in spades at The Founders Club Sarasota. The entire golf community in Sarasota is comprised of just 262 homes spread over 700 acres of property. That exclusivity carries over to the Robert Trent Jones Jr. golf course that has only 275 golf memberships, no tee times and a caddie program. As a bonus, there are complimentary Titleist Pro V1 practice balls for players to get the kinks out before a round or work on sharpening their games. The 24,000 square foot Golf Hall is home to fine dining, a bar and grille and a private dining room in addition to an outdoor veranda overlooking the 18th green. Tennis, an exercise facility with yoga and pilates classes add to the well-rounded experience at The Founders Club.

Inspired by TPC Sawgrass, TPC Prestancia carries the heft of being one of those courses which has been featured on television as part of the Champions Tour. The Stadium Course hosted 8 Chrysler Cup Tournaments and 5 American Express Invitational Championships and the club was acquired by the PGA TOUR to be home to the Senior Champions Tour. Besides that cache, under ALL membership categories, the member's spouse/significant other and their unmarried children under 25 are included at no additional charge. The 35,000 square foot clubhouse hosts a variety of events, from live music to Ted Talks. It's also one of only three courses in the Sarasota area to be designated as an Audubon Cooperative Sanctuary. In addition, there are 14 different neighborhoods with nearly 500 homesites ranging from maintenance-free villas to large single-family homes.

Looking for more golf courses in Sarasota? Register on 941area and connect to everything in the Sarasota and Bradenton area. Your registration is always free! 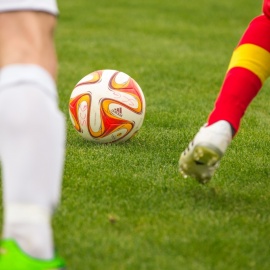 Where to Watch the World Cup in Sarasota 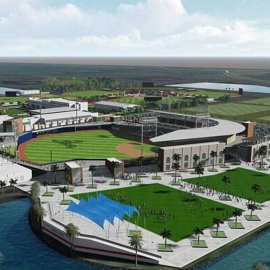 Big Local Move on the Horizon for the Atlanta Braves