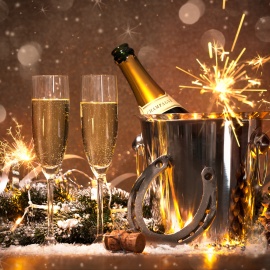 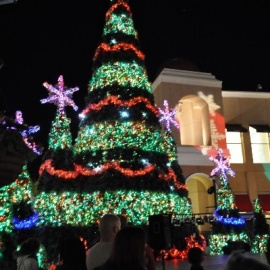 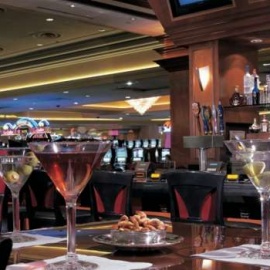 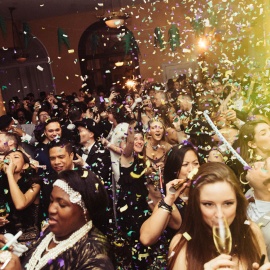 Things to Do for New Year's Eve in Bradenton & Sarasota 2021

The Holidays at Duval's Fresh Seafood

Enjoy both Christmas Day and NYE at Duval's Fresh Seafood!

Celebrate the New Year and go on a Rock Hunt throughout the garden, you can collect 10 beautifully painted rocks to keep.

Roar into the 20's with Flappers, Fellas and Fondue! Come celebrate the coming of the New Year with our 1920's themed New Year's Eve bash!

Ring in the New Year and celebrate a special piece of Sarasota history with a visit to Sarasota Jungle Gardens as they celebrate their 80th anniversary!

New Year's Eve at Marina Jack! All areas will be open for lunch at 11am featuring regular lunch menus. In the evening, special menus and entertainment will be featured. Reservations for tables for dinner and the fireworks are required.

Start the new year off right with a delicious brunch at Boca!

?Eat your way into the new year!?

Ring in the New Year on the waterfront at Caddy's with a complimentary champagne toast at midnight!

Start your NYEve celebration with dinner and music at Dockside!!

Sage will be showcasing a stellar four-course Prixe Fixe menu paired with Champagne to ring in the New Year.

All 3 Mattison’s Restaurants will be hosting New Year’s Eve Parties, with dining, dancing and festivities to ring in the New Year!

Join us for our pre-fixe menu on NYE to roll into the new year the right way!

Rock your way into the next Decade with Decades Rewind!

For the most fun in Venice and Sarasota County this New Year’s Eve, join the party on the beach at Sharky’s on the Pier!

Pop the champagne and ring in the New Year with Sarasota's most scenic sights at The Westin Sarasota.

The ultimate New Year’s Eve party in Tampa Bay is at Club Prana featuring 5 parties in one with a variety of music on every level, champagne toasts at midnight and the fireworks view from the rooftop sky bar.

Join us on Tuesday, December 31st as we welcome 102.5 THE BONE's Pitbull Toddler back to The Beach Club Siesta Key!

2020 is going to be such an EPIC New Year Celebration. NO ONE is going to stay home to watch Time Square on TV again;-)

2020 is going to be such an EPIC New Year Celebration. NO ONE is going to stay home to watch Time Square on TV again;-)

It’s time to travel back in time and rock the big hair, rolled up pants and neon clothes for an epic night of the 80's!

Bring in the new year in style with us for our Roaring 20's New Years Eve Party! Dress up in your best 1920's themed outfit for the chance to win a Big Top Gift Card!

JOIN US IN THE TAPROOM FOR A SPECIAL NYE COMEDY SHOW TUESDAY, DECEMBER 31ST FOR A NIGHT FILLED WITH LAUGHS & LIBATIONS!

In honor of 2020, come join us for this Red Carpeted, Roaring Twenties, Great Gatsby themed evening to ring in the New Year in style!

ABOUT THE ARTIST & SHOW: Celebrate the New Year at "Happy Birthday 2020!" - Common Ground's first comedy show of the decade, Friday, January 3rd at 7:30 p.m. Florida Comedy Network's Kathy McSteen is bringing birthday cake and stand-up stand-outs to start your year on a

Add My Business Add My Event
Ask your Friends what they are doing for New Year's Eve when you LIKE this page!
Review for Brewster's Tavern by Scott
Rating:

Bring you and some friends and let Brewsters Tavern take care of the rest! An excellent place to watch sports, eat great food and expect great service everytime
Review for Evie's Tavern & Grill on Main St. by Scott
Rating:

Eat, Drink and Bowl with your buddies here! and if you really want to get competitive do what we did and have the loser cover the tab hahaha...sorry Logan
Review for Shore St. Armand's by Scott
Rating:

My Sunday could have not been better!! Brunch and Booze with my Friends with the best service!!
Review for Toasted Mango Cafe by Matthew
Rating:

So many great options. The pancaked with homemade mango butter? Delicious. The mango waffle and toasted coconut? Tops. The egg sandwich? No mango, but still super tasty!
Review for Valentino Pizzeria & Trattoria by Elling
Rating:

Valentino has the best Italian food in Sarasota, in my opinion. Their pizza is well-known in the community for being one of the best! If pizza isn't your thing, the ..
Pros: The service is quick and pleasant. Several of their servers have worked there for years.
Cons: It can be packed on the weekends due to popularity.

Beautiful flowers here in Sarasota from a local business that been in the community for years!